On a recent project, we had a particularly timely and difficult challenge.  It was April and the world was shutting down due to COVID-19, yet we had User Acceptance Testing (UAT) scheduled for June.  It was more than likely that travel restrictions would not be lifted in time for our scheduled UAT, and we needed to find a way to successfully test on a global scale.  It was time to look at testing from a new perspective – a virtual one.

There were several challenges that we needed to tackle as we planned for our Virtual UAT:

There are currently many virtual collaboration tools on the market – many getting substantial use during COVID-19 lockdowns.  We chose to use Microsoft Teams, primarily because it was a meeting tool familiar to many of our testers and the support team. While Microsoft Teams had its challenges, it proved to be a more than suitable format for testing:

Testers response to the use of Teams was overwhelmingly positive.  As expected, most would have preferred an onsite group setting, but using this online format was a suitable substitution – allowing access from individual remote environments. However, it was not without challenges, particularly in regions where internet access was not as robust.

A key challenge we had to resolve was creating an environment that closely mimicked the onsite, large group testing experience. In the past, the testing support team would have traveled to a regional site and worked with testers in a large group/conference room setting.  The benefits of this model are multiple:

Having determined that we would use Microsoft Teams, we elected to use Channels to mimic “tables” as part of the tester experience.  By region and business group, testers were assigned to channels within Teams (complete with fun names) with a Table Lead.  Following each day’s kick off session,

Testers logged onto their table through a direct meeting link where they were able to collaborate with their testing group, ask questions, share screens, and “chat.”  To encourage engagement, Table Leads would include fun activities such as pinpointing on a map each tester location and asking questions to be answered by GIF.

To further encourage tester engagement and morale, each testing day began with a short kick off session in a “General” channel. Testers were reminded of process, provided information on how well they were doing with their test scenarios and provided any large group communications.  The Testing Team also took that opportunity to gather feedback from testers so that real-time adjustments could be made to testing formats, if needed.

Due to the global nature of this implementation, the UAT Team was spread across multiple regions and time zones.  Compounding this was COVID-19 restrictions where many testers were working remotely.  We needed solutions that would allow for testers to work together, while also working with a support team that was primarily US based.

We employed several methods to assist with testing and support across these regions.  We divided the testing teams into three regions – Americas, APAC and EMEA – and scheduled testing hours accordingly. While this did mean some early or late hours for our US based team, we avoided any overnight (midnight to 5 AM US) hours to ease strain on the support team.

In turn, to minimize strain on testers, we minimized testing hours to 6-hour blocks – and were mindful of tester locations in an effort to not schedule exceedingly early or late local times.  Understanding the schedule was not ideal for many testers – especially when dealing with large regions, we engaged some table leads that were local to EMEA and APAC so that they could provide off-testing-hour support should testers choose to continue to test outside of the scheduled testing hours.

In contrast to an onsite in-person testing environment, the support team was not walking around answering questions. We needed an online format that would allow for quick triage and response, while not overloading the support team.

The decision was made to employ a 3-tier support structure, with our Table Leads acting as Tier 1 support.  Testers praised the immediacy of feedback provided by the Table Leads and, as testing progressed, they were able to get ahead of common issues.  To further bolster Testing Leads, a separate, private channel was set up for Testing Leads to share information and have candid discussions regarding issues or questions and seek feedback from admins.

Tier 3 Support Team was given their own dedicated and moderated channel. To limit noise on that channel, only the Tier 3 and Tier 2 support teams were listed as moderators and, therefore, only these support team members were able to open new posts.  These was greatly appreciated by the Tier 3 Support Team as they could focus only on the issues that required their escalated attention.

This format was so successful for our UAT testing group, that it was quickly employed for other testing teams within our organization as we moved forward towards Go Live.  In discussions with other groups, even outside of our organization, we began to realize that this format could be applicable to many different scenarios such as training and education as we continue working in a primarily virtual environment such as training and education. In the end, we were excited to successfully complete UAT in the midst of a global pandemic and hope that our model will lead others to conduct effective virtual testing.

Moving to GHR with Infinium Payroll

As your organization grows, you will find yourself requiring a more comprehensive HCM system than Infinium or your third-party payroll application can provide. Many of our clients wish to move to Infor CloudSuite™ HCM cloud-based solution Global Human Resources (GHR) and face a decision – “Do we remain on Infinium payroll or do we move to the new Infor multi-tenant payroll?”.  ClearSky can help you navigate through these uncertainties with our proven solution for seamless integration to Infinium or support you to implement the new generation multi-tenant payroll.

Our team has partnered with multiple clients to provide an implementation of Global HR, while keeping the Infinium payroll processing as is. GHR becomes your employees’ system of record, allowing you to fully manage your organization’s talent from hire to retire with tools that do much more than track and edit pay rates. Your employees, managers, field operations and administrative staff are empowered to perform their HR tasks effectively and efficiently, resulting in more time to dedicate to strategic initiatives and focus on core business operations.

Moving from Infinium to Multi-Tenant Payroll

Moving from Infinium Payroll to CloudSuite Multi-Tenant Payroll removes integration complexity and maintenance and is designed to provide you with customized reporting, extended functionality and flexibility along with the reliability of a proven payroll process.

Our RAPIDSUCCESS methodology aligned with the Infor implementation approach, rapidly deploys Infor CloudSuite solutions in a tried and tested manner, to minimize risk while maximizing speed to value, navigating you through logical project phases and steps for a successful go-live. Our experienced Solution Architects will work with you to enhance your current payroll processes; provide guidance and support to de-risk your payroll implementation.

Implementing both GHR and Multi-Tenant Payroll provides a complete, end-to-end, people-centric solution that delivers a unified experience for mobile, self-service, time tracking, and PTO for all employees.

As a certified Infor Alliance Partner with over 20 years of experience, ClearSky can help you create the road map that will allow you to take advantage of Infor CloudSuite™ HCM deep functionality.

We will lead you through:

Contact us today to discuss your Road Map to GHR

On-Premise or Infor CloudSuite: Which One is Right for Me?

This year marks the 9th anniversary of Lawson’s cloud services. Since then, this product and service offering has been continuously evolving.  Infor has added more and more core products to make up what is now commonly known as Infor CloudSuite, The Infor Cloud Built on AWS (Amazon Web Services).

So how do you determine if moving to CloudSuite is worth the upgrade?

Moving your enterprise systems to the cloud is certainly not an easy decision to make, but when you decide to proceed, it has several benefits that make the move rewarding:

ClearSky and the Cloud

As Infor’s first CloudSuite Specialized Alliance Partner, ClearSky can provide you with additional tools and services such as our GHR Cloud Conveyer, LEGACY.S3, and ARCHIVE.S3 in order to provide you with an even more seamless and rapid implementation for your move to the cloud.

On-Premise- Why is it still being utilized?

Organizations who opt to stay in their on-premise system environment have valid reasons for doing so. From experience with some of our clients, issues like total number of users, and required application features (not everyone needs the latest and greatest all the time) are the main consideration in choosing to stay on-premise.

Our opinion: It’s Time for the Cloud!

Organizations who want to stay on the leading edge of technology, software, and hardware-wise, are already in the process of planning their move to CloudSuite. If you haven’t started planning, now is the time to start! It offers the best scalability, elasticity, security, and reliability, with up-to-date applications ensuring that your organization is constantly compliant to applicable laws and standards.

Do you want more details and in-depth information about On-Premise vs. CloudSuite deployments?

Get in touch with us today! info@clearskyerp.com

Prepare for Your Future and Secure Your Data, Upgrade with LEGACY.S3

V11 is here! While you think your company might not be ready to make the move, it is important to plan for the future. This begs the question, what are you going to do with your current legacy Lawson Data?

Infor recommends upgrading to V11 with 3 or fewer years of data, but how do you decide which data to keep and which data to purge?

We often hear that customers are not thrilled to purge their data. It seems simple to delete rows from the database in mass quantities, but this creates a risk to the database that can be caused by processing failures, database performance issues, requires contingency planning, and may result in deleting too much data. Don’t take that on alone; seek expert assistance.

Our LEGACY.S3 Platform as a Service (PaaS) solution allows you to maintain your legacy Lawson Application Environment for several months or several years while eliminating all S3 support including hardware, licensing, and administration.  LEGACY.S3 provides you with the opportunity to cut back on the data you bring to v11, while still maintaining your information and cutting down on the total cost of ownership.

LEGACY.S3 Helps you prepare for a quicker ‘upgrade’ to v11, while keeping your data secure!

V11 upgrades do not utilize the same methodology we have seen in the past.  This might scare you, but it shouldn’t! As an Infor Alliance Partner, we are your partners in business transformation. Our goal is to allow you to meet your retention needs at a reasonable cost.  We work in close partnership with Infor Cloud Services, Infor Support, and Product Management so you realize the full potential of V11 while retaining access to V9/V10.

ClearSky has been in the Infor Lawson S3 space for over 20 years. Our deep knowledge of the software and technical capabilities has enabled us to develop a solution to ease your legacy data maintenance burden.

Partnered with our Cloud Conveyer*, ClearSky, and LEGACY.S3 SaaS can get you to V11 while maximizing your Infor investment.

* Haven’t heard about our Cloud Conveyer? Reach out to learn more: Info@clearskyerp.com 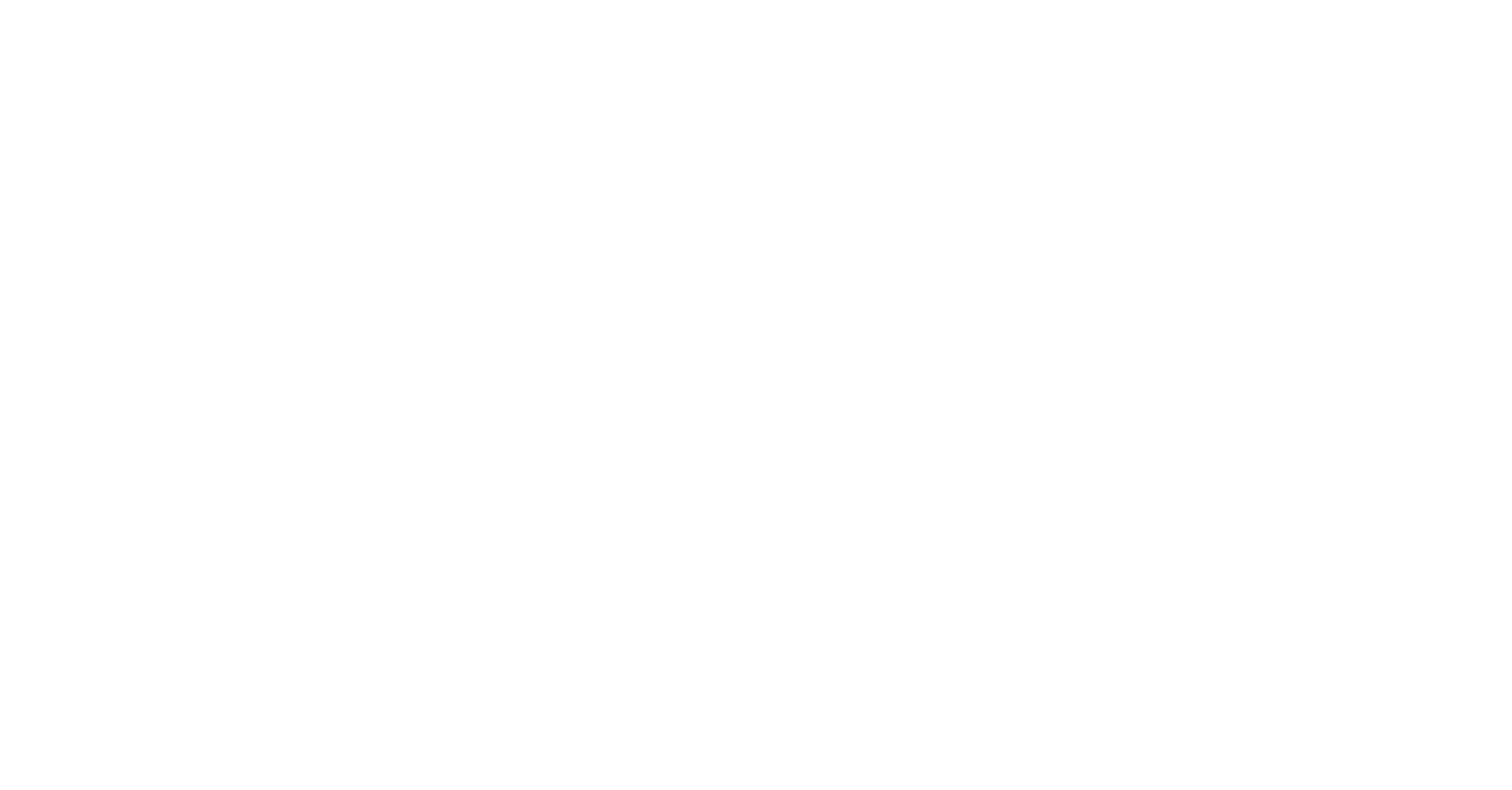